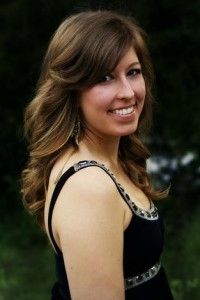 Concertmaster Stephanie Raby has been playing violin since she was 4 years old. However it was her teacher Deirdre Ward, one of the violin faculty at Chetams School of Music and a modern and baroque violinist, that helped inspire her to take up music professionally.

In 2006, Stephanie moved back to the U.S. in order to pursue a BM in modern violin performance at the University of North Texas with Dr. Igor Borodin and Julia Bushkova  and in 2007 she was one of the winners of the UNT Concerto Competition with Shotakovich Concerto No.1 in A minor under the direction of Maestro Anshel Brusilow.

Whilst at UNT, Stephanie actively participated in the baroque program, initially starting baroque violin lessons with Cynthia Roberts and then viola da gamba with Pat Nordstrom and Allen Whear. In 2009 and 2011 she had the opportunity to perform with the UNT Baroque Orchestra at BEMF (Boston Early Music Festival)

In 2011 Stephanie continued her education at Indiana University Jacobs School of Music under the direction of Stanley Ritchie and the EMI (Early Music Institute) faculty where, in 2013, she obtained a Master of Music in Early Music Performance. Most recently, she won the Indianapolis Baroque Concerto Competition with Vivaldi Concerto for 3 Violins in F major and performed with the IBO.