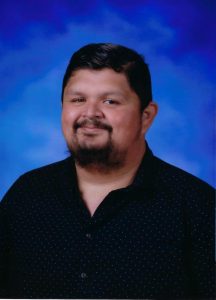 Pedro Funes-Whittington is the Assistant Orchestra Director at Woodcreek Middle School in Humble ISD and Director of Viols of the Creek (Woodcreek MS/Summer Creek High School Viol Ensemble). He graduated from the University of Houston where he received a Bachelor’s Degree in Double Bass Performance under Dennis Whittaker. In addition, he received his Master’s Degree in Early Music Performance at Jacobs School of Music at Indiana University where he studied viola da gamba and vielle with Wendy Gillespie and performed on baroque bass in the IU Baroque Orchestra under Stanley Ritchie. He co-founded the viol consort Les Touches in 2011; that ensemble was one of the ten finalists in the York (UK) Young Artist International Competition in 2015. He has been the Teaching Assistant for the Beginner Viols at the Viola da Gamba Society of America (VdGSA) Conclave in 2016 and Teen Beginner class 2021 and also has been part of the faculty for the Summer Texas Toot.

He has performed across Texas with Austin Baroque Orchestra (Principal Bass), Ars Lyrica Houston, La Folia Austin Baroque, Austin Troubadours and Texas Early Music Project. In addition to performing he is also the President of Viols of Houston.