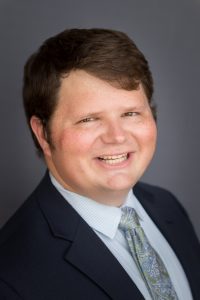 Michael Patterson is an up-and-coming tenor on the choral and operatic stage. His recent stage credits include Nemorino (L’Elisir d’Amore) and the Steward (Into the Woods) with the Lyric Theatre at Illinois. This past Spring, Michael made his Austin Opera debut in the chorus for their much-praised production of The Barber of Seville. Equally at home singing choral music of the Renaissance and Baroque, Michael has sung with the Collegium Musicum at the Oberlin Conservatory, and this season makes his debut with Texas Early Music Project and Austin Baroque Orchestra. Prior to returning to Austin, Michael received his Bachelor of Music degree from the Oberlin Conservatory of Music and his Master of Music degree from the University of Illinois at Urbana-Champaign. Michael is glad to be back and is proud to call Austin and its diverse music scene home again.