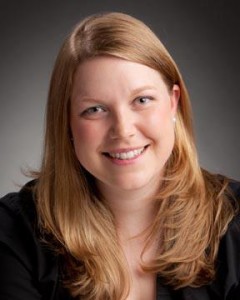 After graduating from James Madison University with a Bachelor of Music degree (vocal music education emphasis) in 2008, Mary Elizabeth Ashton taught high school choirs in Virginia for two years, until her relocation to Austin in 2010 to pursue more performing opportunities. She currently sings as a section leader in the choirs of St. David’s Episcopal Church, where she is also director of the Youth Choir, and she began singing with the Austin Baroque Orchestra Chorus in late 2012. She has performed at Carnegie Hall under the renowned conductor Robert Spano, and has toured Europe with several different choirs. Mary has also discovered a growing love for musical theater, sparked by performing in Zilker Theater Productions’ presentation of The Sound of Music in 2012.