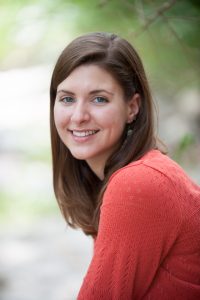 Born and raised in Austin, Texas, Lisa Solomon is an up-and-coming soprano in the field of early music. She holds a B.A. in Comparative Literature from Stanford University and is working towards a B.A. in Music with a Certificate of Recognition in Vocal Performance from the University of Texas at Austin. She has sung professionally with the Texas Early Music Project under director Daniel Johnson, as well as with the Austin Baroque Orchestra (directed by Billy Traylor) and the Ars Longa Ensemble (directed by Dr. Steven Brennfleck). A member of the University of Texas Chamber Singers, Lisa has also performed with the UT New Music Ensemble, the UT Early Music Ensemble, and the University of Texas Bach Cantata Project. She serves as a soloist and section leader in the First Unitarian Universalist Church of Austin choir under the direction of Brent Baldwin.
Lisa has studied historical performance practice and style with Daniel Johnson and Jenifer Thyssen at the Texas Toot Early Music Workshop and with Julianne Baird, Geoffrey Williams, Michael Barrett, and others at the Amherst Early Music Festival. After completing her bachelors in music, she hopes to pursue graduate studies in historical vocal performance. For the time being, her goal is to pursue a career in performance and study of both early and contemporary repertoire.