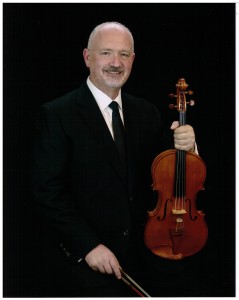 Tenor Joseph Graham is relatively new to the Austin music scene, and delighted to be singing with ABO, having made his way to Texas last year from his native Los Angeles via Wichita. After an early career as an operatic comprimario, singing such roles as Jaquino in Beethoven’s Fidelio and Basilio/Curzio in Mozart’s Le Nozze di Figaro, he embarked on what was to become a 30 year specialty as a choral singer and soloist, with emphasis on Gregorian chant and early music. He has sung and recorded with such ensembles as the Grammy award-winning Los Angeles Chamber Singers and Cappella, the Pacific Chorale, the John Alexander Singers, and the Wichita Chamber Chorale.

He has toured extensively in Europe with the Choir of St. Mark’s School in Dallas, and the Choir of St. James-in-the-City Episcopal Church in Los Angeles, of which he served as cantor/precentor for 15 years. In Austin, he currently sings with the Schola Cantorum of St. Mary’s Cathedral, and the Capital City Men’s Chorus. He is also a violist, and an accomplished composer – not only of contemporary music, but of historicist compositions in Renaissance and 18th Century styles, with Classicism and Proto-Romanticism his specialties.