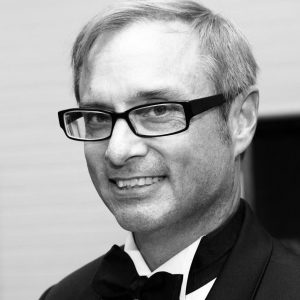 Jeffrey Jones-Ragona serves as the Artistic Director of the Capital City Men’s Chorus (Austin, TX), Director of Music at the Cathedral of Saint Mary (Austin), and as Conductor of the Makheilah at Temple Beth Israel (Austin). He has taught on the music faculties of Drake University, St. Edward’s University, and Southwestern University, and performs regularly with Texas Early Music Project and La Follia Austin Baroque. He has performed with Austin Baroque Orchestra since 2013, as a chorister, featured soloist, and harpsichordist.

Jeffrey received his DMA in Choral Conducting from the University of Texas at Austin 2006. He is the 2003 recipient of the Austin Circle of Theatre’s B. Iden Payne Award for Outstanding Musical Direction of Gilbert and Sullivan comic opera The Pirates of Penzance.