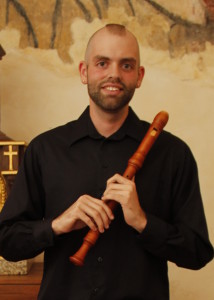 A native of Dayton, Texas, Curtis Baldridge began his musical studies as a saxophonist before taking up the study of recorder and early music. He consistently achieved superior ratings in UIL Solo & Ensemble Competitions, and was a member of the Dayton High School Wind Ensemble, in which he served as 1st chair saxophonist for four consecutive years (2005-2009). While a member of that group, the ensemble was regularly awarded superior ratings at UIL Regional Band Competitions. During that time, he was also the principal saxophonist for the Trinity Valley Players and Invincible Eagle Military Band.

A founding member of the Austin Baroque Orchestra, he holds a Bachelor of Arts degree in Mathematics from the University of Texas at Austin and currently lives in Houston where he is Database Coordinator for Legacy Community Health.