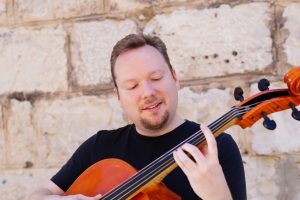 He holds a bachelor’s degree in cello performance and a master’s degree in musicology from Texas Christian University, as well as an Early Music Certificate from the Florida State University. During his graduate studies at TCU and FSU, Mr. Phillpott researched and presented extensively on the emerging French cello repertoire of the early 18th century, having earned the Michael Winesanker Musicology Grant which allowed him to travel to and consult the collections of the Bibliothèque nationale de France. Other scholarly topics of interest include Frank Zappa, literary themes in the music of Schumann and Schubert, and the music of the Counter-Reformation, on which he has presented for the Society for American Music and national and regional conferences for the American Musicological Society.