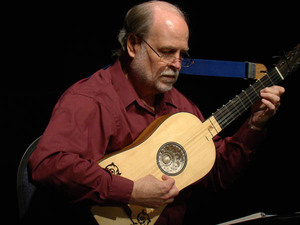 Bruce Brogdon studied classical guitar at the University of St. Thomas. His interest in early music led him to take up the lute, and he has studied privately and in master classes with Paul O’Dette and Pat O’Brien.